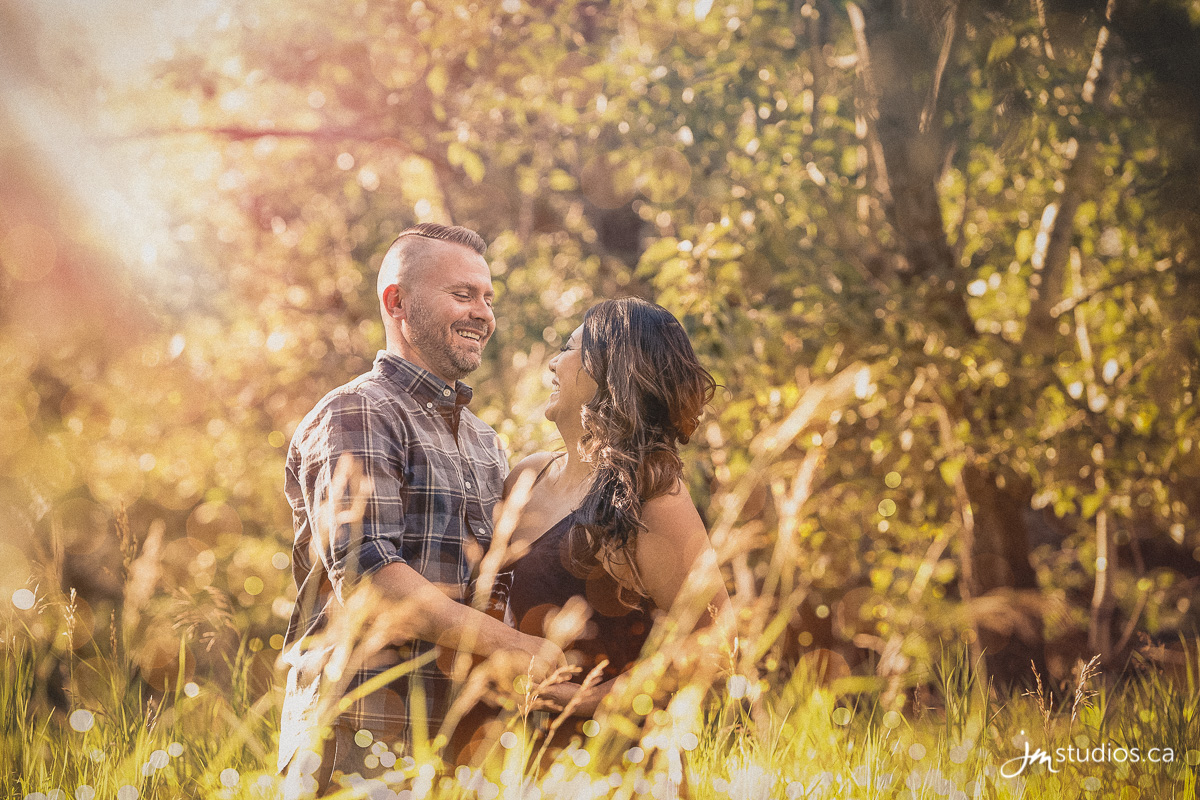 On the day of Tysha and Grant’s engagement session, the temperature outside was climbing. As we pulled up into the Inglewood Bird Sanctuary, the car thermometer read 36 degrees Celsius! Even midway through the shoot, when Grant checked his Apple watch, the temperature was around 33!

Despite the readings, we had a bit of a breeze through the park, which meant the shady areas were pleasantly cool. We spent the day hopping from shady patch to shady patch, which helped relieve some of the heat.

A Brief History of the Inglewood Bird Sanctuary

Grant and Tysha met 13 years ago at a softball game that Grant was planing in and Tysha was called up as an extra. Even though Grant knew about Tasha this was the starting point of a relationship that has blossomed into a marriage. Even though marriage wasn’t an initial goal for them as a couple, as the years went on they both decided that it was an event they wanted to share together. To be able to officially call each other husband and wife.

As a couple they both love to travel together and so Grant when out and got a ring, to propose to her on their next trip. When they were vacationing in Los Cabos, Mexico he had planned to propose to her. However as each day passed the right moment didn’t present itself. Grant wanted to be sure it happened so taking matters into his own hands while Tysha was getting ready in the bathroom, Grant got down onto one knee outside the closed door.

Grant travels a lot for work and had been spending several months apart from each other. During his time away the couple would always finish calls by stating how much they loved each other. Grant on one knee outside the door said “you haven’t told me how much you love me lately” to which Tysha replied “you know how much I love you” opening the door to see Grant and a beautiful ring.

A Brief History of the Inglewood Bird Sanctuary

For their engagement session we visited the 36 hectare Inglewood Bird Sanctuary lies in the center of Calgary, at the edge of the Bow River. The city of Calgary worked hard on the restoration after the floods of 2013, which heavily damaged the area. Now, the plan is to incorporate the Inglewood Bird Sanctuary into a large regional park called ‘Bend in the Bow’. It will include not only the Sanctuary, but the Inglewood Wildlands, Pierce Estate Park, River Passage Park, and all the spaces in between.

The park has a long history of providing migratory birds a place to rest, since 1929. Over 270 species of bird have been recorded in the park to date.

In the heart of the park lies the Colonel Walker House, a historic red brick home built in 1910. Originally named Inglewood, it gives its name to the area surrounding it. Colonel James Walker settled in the area in 1883, and in 1975 he was posthumously voted “Citizen of the Century” by Calgarians, for his many contributions to the development of the city. He lived in the red brick house at the centre of the Sanctuary for 25 years.

We headed down the main path in the park and made our way over to the Colonel Walker House. Along the pathway, we stopped in the shade for photos, the light from the hot summer sun making the grasses glow bright green and yellow. When we arrived at the house, we began by shooting in front of the old garage doors, then moved to the front of the house to photograph the couple in front of the picturesque columned porch. Then we moved out to the manicured lawn, with the imposing red brick house in the background. A small deer stood in the bushes, munching away on the grass.

We walked back down the path, stopping to photograph Tysha and Grant amongst a few giant spruce trees. They sat beside the river, in the shade, the warm sun in patches around them. We rounded off the shoot with a wide shot, light filtering through the trees.

We had a delightful day with Tysha and Grant!

This is an online gallery of all their images and it will be available for a limited time. From the online gallery you are able to favourite images, order prints and share the gallery with your family and friends. The gallery can be accessed via the link below and you can contact couple directly for their secure password.

Want to share in the experience? Contact us today for a free consultation or click here to book a portrait session! We also have a wickedly fun Calgary Photo Booth that is great for any event as well as Corporate and Event Photography for all sorts of events and corporate functions.

Learn more about our studio

JM Photography offers Calgary brides the very best in wedding photography! Our unique style and best in class experience is one of a kind. Each wedding is treated with the greatest of care and creativity, resulting in breathtaking imagery. We also offer Calgary newborn photography, capture maternity sessions as well as family portraits.

We are one of the top studios in Western Canada, servicing the Calgary area, including but not limited to, Canmore, Banff, Cochrane, Chestermere, Airdrie, Lethbridge, and Red Deer. We also offer coverage in Edmonton, Vancouver and to destinations worldwide.

Jeremy Martel
A Calgary based wedding, family and event photographer that specializes in capturing the real moments of a couples story or event. He runs JM Studios and they offer couples, families, companies, corporations and brands the very best in modern photography. He began taking photos at 17 and has been captivated by mastering this art form ever since.
Recommended Posts

We're not around right now. But you can send us an email and we'll get back to you, asap.